Of the thousands of résumés I’ve reviewed, and the many I’ve edited, they all had something wrong.

My Asian clients present both issues with language, since they’re EFL/ESL speakers, as well as issues with formatting.

Japanese, Korean, and Chinese clients make a unique variety of mistakes. These are based on ideas about languages and culture, excess pride, or simply not knowing. Some can be fixed, but most require a full résumé redesign and rewrite.

The main mistakes are

Knowledge is king. So just knowing these and making some changes will be a great start, and save you time and money.

1. Thinking it’s going to be the same as in their country

It starts with the recruiting process. Countries like Japan, Korea, and China typically hire in batches, both small and large, in which they accept a certain amount of applications and often from certain schools.

They recruit people who fit a profile, rather than individuals.

In Japan, part of this requires sitting in painfully boring informational sessions, everyone wearing their “recruit suits”: black suit, white shirt, and a tie for men, black jacket, white blouse and knee-length skirt or pants for women. It’s logical, like much of Japan. Many Japanese hate the process. But I also think it brings some security and comfort in a stressful time.

There is no space for creativity. You list your education, work experience, personal details, and attach a stern-faced photo. These aren’t really anything like a Western résumé or CV, which requires style, formatting, sharp writing, and you would never ever do it in handwriting.
So when people from these countries choose to apply to a global country or school, or when their own company starts requiring a Western-style résumé, it’s all new for them.

The most common approach I see is a list of education, back to even elementary school, classes taken, tests taken, hobbies, and personal statistics. Little of this stuff applicable to a professional, global résumé, or of interest to a global employer or school.

Most commonly, a person will search “how to write an English resume” or “how to make a CV” in their own language.

More motivated folks will search in English. That, at least, is a good start, and will increase the chances of coming up with a document closer to a proper English résumé or CV, even if it still needs plenty of work.

I’m going to make a broad generalization here. No offense intended. These are observations after 15+ years as an expat in Asia.

For many years, and even now, African men in hip-hop gear claiming they “represent New York” have worked as street pullers, aggressively trying to get Japanese kids to come and buy overpriced hip hop clothing, which may even be fake. Almost all Japanese I’ve spoken to about this believed these frauds were American. I asked them why. They told me, “because they’re Black” or “because they said they are from New York.” They’re shocked when I tell them otherwise. Similarly, when I first came to Japan, it was commonly assumed a white foreigner was Amerika-jin (American). The logic is simple: most Japanese had only seen foreigners in movies, on TV, or in passing.

The times are changing as tourists, expat workers, and mixed-race families are rapidly increasing, but the above examples illustrates ways that Japanese people tend to believe what they’re told. Many also don’t have the language and character-judgement skills to tell the difference between a lying street tout and an actual American.

In the same way, an Asian person may entrust their 23-year-old English conversation teacher to edit an executive résumé or CV. These “teachers” (many of whom have no teaching qualifications) are basically unskilled foreigners with a college degree (or not). For many Asians, just being a foreigner makes the foreigner qualified to do anything “foreign,” including editing and writing résumés.

A step up is to ask a foreign colleague or older friend for help with a résumé or CV. Yet these people as well typically have nothing but their own opinions. My Asian clients often tell me they had a fellow businessperson or professor check their résumé or CV. Every single time, I find mistakes. This is because I make résumés and CVs as part of my job, and I have a CPRW qualification. Colleagues, even if they have PhDs, probably don’t have this qualification. They are experts in other areas.

3. Formatting with the space bar, and other formatting no-nos

This is fact isn’t only true of Asians. Almost everyone uses MS Office, but few people know more than the basic skills needed to type a document, make a simple spreadsheet, and throw together some static slides for a presentation. And it’s about as true among published scholars as it is among college students.

Among the problems with such formatting are:

The easiest way to solve this is to structure the résumé using the Table function in Word. This makes it easy to line up text, easy to edit it. Then export it to a PDF so it will look the same to anyone who reads it.

In Japan, South Korea, and China, students work intensely and sleeplessly all the way from junior high school (and sometimes earlier) to university.

This is because getting into a “brand name” university (e.g., The University of Tokyo or Keio University in Japan, Seoul National University or KAIST in Korea, Fudan University or Tsinghua University in China) can virtually ensure employment at a top company. This can set someone up for life or give them an eye-catching name on their work history if they are let go or change employers.

Entry to the top schools requires high scores on rigorous, exacting, and quite petty exams. Many Asian students spent much of their junior high and senior high school years cramming in facts and figure in preparation for these. Alternatively, failure to get into a reputable university can make job hunting much more unstable and strenuous, and can lead to a less than ideal, even life-sapping job.

Education is paramount in Asia.

So it makes sense that new and experienced professionals want to show off their school on their résumé. There is nothing wrong with this pride, but it’s far less important in the West, and it says little or nothing about actual skills.

Only new entrants into the workforce should indicate education near the top of the résumé. And with it, they should include accurate details of what they studied, any relevant extracurricular activities, and evidence of skills that may be transferred to the workplace.

Templates can be simple-looking, colorful, sexy, and even cool. They’re a bit like fast fashion from H&M or ZARA. They catch your eye and may be in style at the moment, yet anyone can use them and they’re not designed for durability or with any high level of craftsmanship. Importantly for non-native speakers of English (EFL, ESL), they may seem a quick and attractive way to promote oneself.

Why go through the trouble of crafting a detailed résumé and revising it many times when you can drop your details into an app and, like a vending machine, it pops out your product. I can certainly understand that perspective.

The great thing about templates is they can give some structure when you have no idea where to start. Yet they really are all over the place; there are so many different ones, some dating well back into the 1990s. Others have become based on gimmick services trying to convince you to be different (and buy their templates and services).

You should be different in your application, by being better. Making a tacky resume is a difference that will not help you.

Résumé templates and designs have gone a bit crazy.

Do you think these entrepreneurs and general opportunists have a solid background in human resources and résumé and CV writing? Do you think they really care about you getting the job, or about you buying the app or online service?

If you’re applying for a more creative position, a good résumé may reflect your creative abilities and a little bit of flair and character.

In short, templates can sometimes be OK. That because they’re better than having no framework at all. But if you’ve going to use one, start simple, and consider getting an editor to at least proofread it.

Your flashy auto-generated résumé will annoy more than it impresses.

6. Thinking they only need one résumé

This one is also not only true of Asian, but as we saw above, when one is used to an assembly-line sure of approach to recruiting, it can be hard to understand why or how to customize a résumé.

A résumé or CV, in fact,  needs to be customized for every single job to which you apply, and so does the cover letter.

These documents are not general profiles of the individual, or personal data forms (see #1 above); rather, they are a customized document that shows why the individual is well-matched to the job and company (or school).

Therefore, someone applying for a marketing position, but who has mostly an administrative background must look for any areas in which they have done marketing.

Perhaps they assisted with the company’s promotional materials.

Perhaps they worked on a CPC ad campaign. Perhaps they helped at on-campus recruiting events. These are all marketing tasks that professionals from other careers or educational backgrounds may have experience in.

Yet when applying another position, these skills may be less relevant, or not relevant at all, so they need to be downplayed or removed.

How Asian job hunters can even the playing field

Know the errors, be ready to do your résumé differently.

intResume takes a special interest in candidates from Japan, Korea, and China because I live here in Japan.

I got the CPRW qualification to fill a need – professional résumés and CVs for global workers. By not making the mistakes above, you can get interviews and consideration for the easier target jobs.

Even better, but hiring a professional, you can stand far ahead of the others. That may not be an ideal in Asia, but it is in the global world.

You want the job, so let’s find how to make you a big player in the global job market. Contact me for a free assessment.

You may find these interesting... 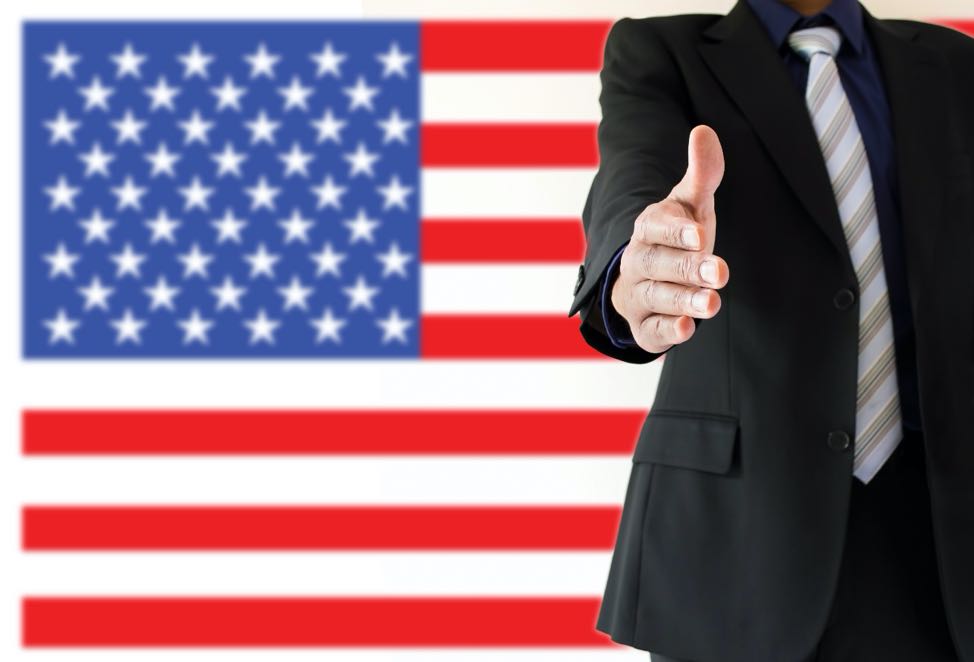 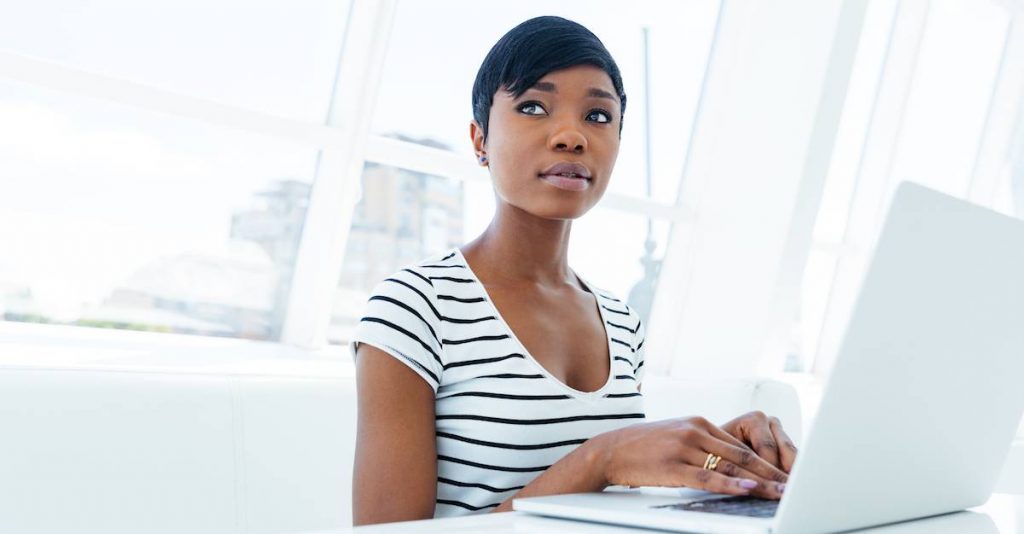